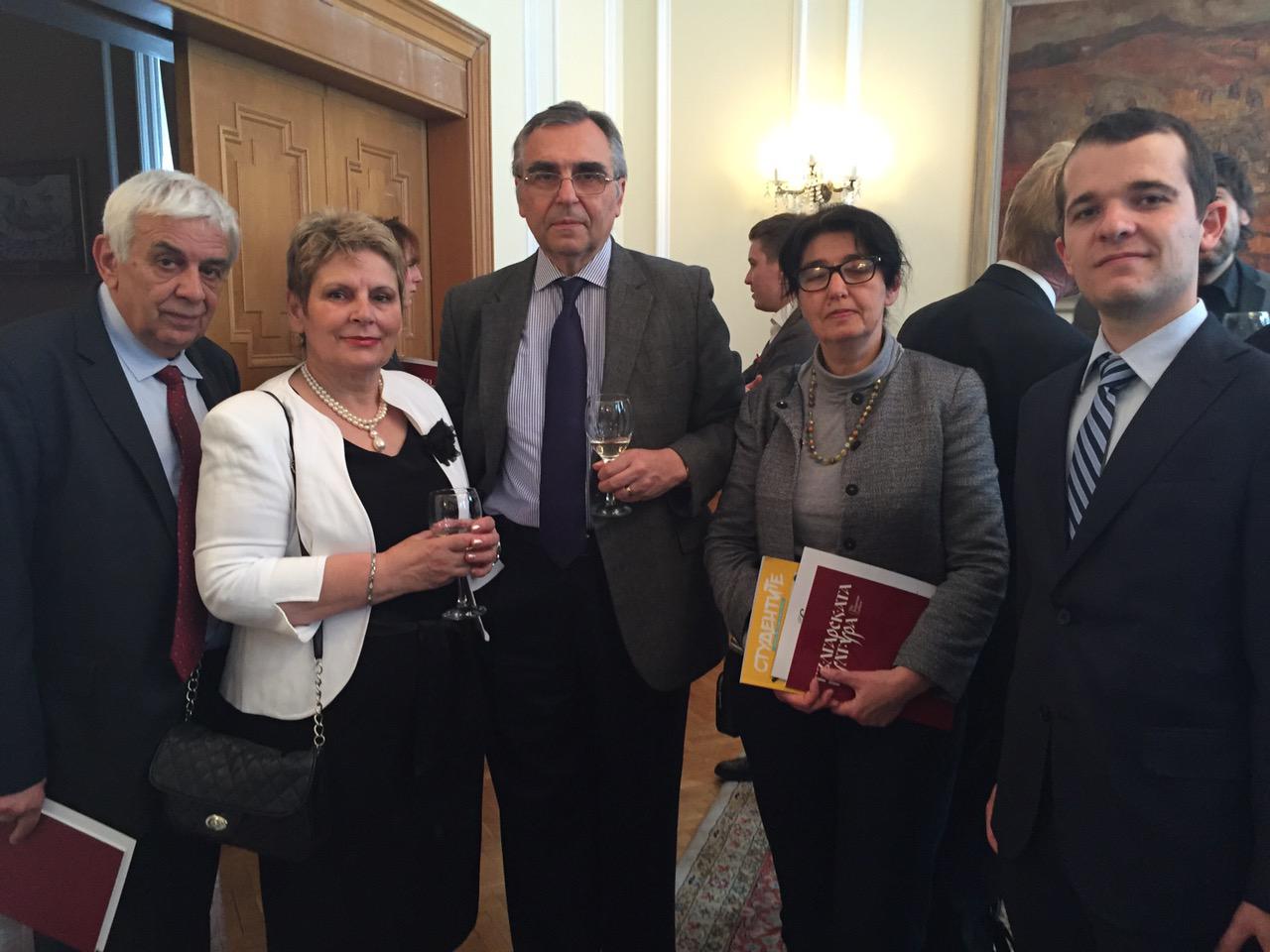 Representatives of Inter HECS had the honor of meeting the Ambassador of The Republic of Bulgaria in the United Kingdom, His Excellency Mr Konstantin Dimitrov, and the Director of the Bulgarian Cultural Institute London, Mrs Svetla Dionisieva, on Friday, May 20th, at the Bulgarian Embassy in London. The talks focused on cooperation in the field of education, insisting on the importance of providing the opportunity for youths to gain a quality education in Bulgaria.

Inter HECS also had the honor to be the only educational company attending a Bulgarian Gala Concert organised to highlight Bulgaria’s future Presidency of the Council of the EU in 2018. The concert was held on the evening of 20th May under the Bulgarian Culture Ministry’s patronage, Mr. Vezhdi Rashidov, and was brought by the Bulgarian Cultural Institute in London.

Minister Rashidov addressed the crowded hall by saying: “The Bulgarian talent makes the world more beautiful. On the eve of our brightest holiday, May 24 (Day of Slav Letters and Bulgarian Culture and Education), I am proud that the best stages and halls open their doors for the art of Bulgarian artists and performers”.

The audience was fascinated by the performances of the London Chamber Players, conducted by Ivan Yanakov, the London Bulgarian Choir, The Mystery of the Bulgarian Voices, kaval virtuoso Theodosii Spasov and The Four Pianists – Ivan Yanakov, Jivko Petrov, Angel Zaberski, Georgi Cherkin.

Inter HECS’ team is delighted to express the extreme pride we felt the moment that Bulgarian musicians absolutely enchanted the audience with their incredible stage presence.