Life and living expenses in Bulgaria

Where is Bulgaria located? What is it like to live in Bulgaria? What are the average living costs? …

If you consider moving to Bulgaria, you probably have many questions and look for a website to provide you with useful information and to give you a better idea of what to expect before you pack your bags. You are at the right place! In the following, we will cover different topics, such as weather, demographic diversity, tourism, living costs and other practical matters that are important for foreigners in Bulgaria.

Bulgaria is a country in Southeast Europe and a member state of the European Union. It has five neighbouring countries – Romania to the North, Serbia and North Macedonia to the West, Greece and Turkey to the South. The eastern border is formed by the Black Sea coast.

There are nearly 7 million people who live in Bulgaria. The majority of the population is Bulgarian, but there are also many foreigners who live in the big cities like Sofia, Plovdiv, Varna and Burgas. Many of them work at international companies or study in English at Bulgarian universities. International students are often from the United Kingdom, Germany, Italy, Ireland, Sweden, Pakistan, India, the UAE, Canada and other countries.

The main religion is Eastern Orthodox, but there are also many Muslims and Jews who live in Bulgaria. To illustrate, in almost every big city you will find a mosque in the city centre. People of all religions are welcome in Bulgaria!

Bulgarians are very proud of the traditions they have and appreciate it when foreigners try to be involved in Bulgarian customs. Locals are also famous for their hospitality – people are always happy to help and share their culture with people from abroad.

The official language is Bulgarian but it is very common for people to have English language skills. Once you move to Bulgaria, you will notice that there are many English mobile applications (e.g. for ordering food or a taxi) so that you never feel lost in translation. Google Translate is also very useful!

We have prepared a video with international students in Bulgaria who share their experience with the local language – make sure to watch it!

Life in Bulgaria is quite affordable and much cheaper in comparison to Western Europe. This makes it possible for foreign students in Bulgaria to save some money during their studies and still enjoy the opportunity to live abroad.

Of course, living expenses vary on your lifestyle and where you live. Sofia is the most expensive city in Bulgaria, but it is still one of the most affordable capital cities in Europe. For instance, a private modern apartment in the city centre of Sofia is about 400 EUR per month. To compare, rent in other Bulgarian cities is usually cheaper (e.g. around 300-350 EUR in Plovdiv or Varna). Keep in mind that the local currency is Bulgarian lev (BGN) – 1 BGN equals around 0.51 EUR, 0.58 USD and 0.43 GBP.

Some other typical expenses include:

Check out Numbeo website – it shows you the average expenses for different cities around the world!

If you decide to live in Bulgaria, you will never get bored! There are many events every month to keep you busy, e.g. music concerts, ballet performances, art exhibitions, sports competitions and others! Also, locals and foreigners enjoy nature – Bulgaria is a famous destination for people who love mountains or want to spend a lovely summer break at the Black Sea coast. Shopping malls and international restaurants are two more places to spend your free time at! Of course, there are many fun activities like bowling and horse riding in every city and travelling around the country is a must!

Foreigners in Bulgaria say that the weather in Bulgaria is one of the things they love the most about the country! We have all four seasons – in spring the weather is very pleasant and trees are blossoming, in summer it gets quite hot and locals usually go to the Black Sea coast, in autumn it is time to visit the Bulgarian mountains when forests are colourful and in winter you have a chance to go skiing and snowboarding! Don’t worry if you don’t have proper clothing for the different seasons – shopping malls in Bulgaria offer everything you will ever need!

Bulgaria is a famous tourist destination! Many cultural monuments but also summer and SPA resorts attract locals and foreigners. Also, if you are interested in natural wonders – Bulgaria is the place to be! Some of the most famous sightseeing spots include the Belogradchik rocks, the Devetashka cave, Pirin National Park and the Seven Rila lakes. Furthermore, we highly recommend you visit different historic towns like Plovdiv, Koprivshtitsa or Veliko Tarnovo, enjoy a romantic getaway at beautiful places like Melnik, Bozhentsi or Zheravna, visit traditional Bulgarian villages like Leshten, Shiroka laka or Kovachevitsa, spend your winter holidays at famous resorts like Bansko, Borovets or Pamporovo!

Let’s say you choose to move to Sofia, Bulgaria. If you are more of an art person, there are plenty of galleries and museums. The Regional History Museum, as well as the National Art Gallery, are a must-visit! Furthermore, Georgi Rakovski Street is nicknamed Sofia’s Broadway because of the many theatres located along the street. Or you might prefer spending time outside? Don’t worry – Vitosha mountain is around 30-40 minutes away from the city centre! There are several parks in the city where you can bike or go for a walk with your friends. Also, at Borisova gradina park you will find a small lake where you can rent a boat in summer and ice skate in winter!

Or you might prefer the second biggest city in Bulgaria – Plovdiv? Famous for its romantic name, pLOVEdiv offers some of the best scenic views in the country because of the hills it is situated on. People interested in arts and architecture will never get enough of the city, especially of its old town and the Kapana creative district. Once you visit the city, you simply fall in love with it. After all, Plovdiv was chosen to be the European Capital of Culture 2019!

Stara Zagora is also a famous study destination – we have made a video about it! Other cities which will never fail to amaze you include Varna and Burgas, located at the seaside where plenty of festivals and events take place and every sunrise is magical!

Video of the week

Apply for admission in 2023: Early-bird discounts are now available 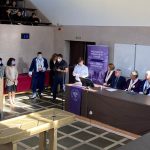 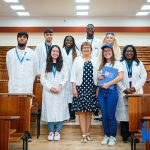 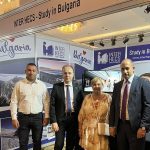 The team of Inter HECS is in Egypt! 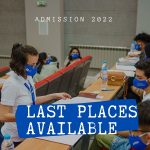 Final deadline coming up: Apply for admission to Plovdiv Medical University in 2022!