Trakia University – Stara Zagora is one of the most famous universities in Bulgaria. Located in the heart of Bulgaria, it welcomes applicants from different corners of the world. The modern university facilities as well as the study programs offered in English – Medicine and Veterinary Medicine, provide foreigners with the great opportunity to take advantage of affordable tuition fees and world-class education.

Trakia University offers Medicine and Veterinary Medicine in English and students obtain a Master’s degree that is recognized all over the world. The high academic standards as well as the various internships included in the curriculum are the foundation of the success of all alumni. The professors are experts in the respective fields, host lectures around the world and are happy to share their experience when it comes to clinical situations, patients and dealing with stress.

The location of Trakia University is an undoubtful advantage. Stara Zagora as a city is in the centre of Bulgaria, so students have the chance to travel around the country and explore its rich history and nature. The Medical Faculty of Trakia University is located in the city of Stara Zagora itself, whereas the Veterinary Faculty is about 20 minutes away by bus or 10 minutes away by taxi.

Trakia University offers Medicine in English. The education lasts for six years and students obtain a Master’s degree that is valid all around Europe as Bulgaria is part of the European Union. Medical students at Trakia University pay 7000 EUR per academic year. Half of the tuition fees are paid at the beginning of the winter semester and the other half – at the beginning of the summer semester. Here you can watch an interview with a medical student at Trakia University about the subjects and exams in first year of Medicine in English.

When it comes to applying for admission to Trakia University, you have to submit several application documents that must be translated and legalized. Keep in mind that the academic year at Trakia University starts around September / October so you should be careful not to miss the deadline for admission.

Don’t worry about admission – we offer full application services, which means we can help you collect your application documents and submit them to the university. Furthermore, we offer study materials and sample tests to make sure you pass the entrance test with great marks!

It is very easy to make friends in Stara Zagora – there are many foreign students from the United Kingdom, Greece, Germany, Sweden and Norway. The international restaurants, the cosy study cafés, the shopping malls, the modern cinemas, the wonderful parks and the great number of in and outdoor sports facilities make it possible to balance university and social life. Furthermore, there are many museums and galleries! Also, it is very easy to travel around Stara Zagora – the most important and famous spots around town are located within walking distance from each other. Of course, you can also bike, catch a taxi (one ride is usually around 3 EUR) or use public transportation (a one-way ticket is about 0.50 EUR). Living costs in Stara Zagora are very affordable. Depending on whether you live alone or you share an apartment with a flatmate, how big or modern the apartment is, where it is located, etc. – your rent may be between 200 and 300 EUR per month (bills are not included). Usually, tenancy agreements are signed for a year.

Both, the Faculty of Medicine and the Faculty of Veterinary Medicine offer a student dormitory. Rent is usually about 50 EUR per month, but it is important to know that places are limited and it is very likely that you will have to share a room with a flatmate. Also, keep in mind that the Faculty of Veterinary Medicine is located outside of Stara Zagora (about 20 minutes away by bus), so it may be more convenient to book a room at the dormitory which is on-campus. In comparison, the Medical Faculty is in the city itself. This is why it is common that foreign students live in a private or shared apartment in Stara Zagora. In this case, rent is about 200 to 300 EUR – the price varies depending on many factors, such as the size of the apartment and how many people live in it.

Stara Zagora is the fifth-largest city in Bulgaria. In 2015, its population amounted to about 150 000 people. Most people who live in Stara Zagora are from Bulgaria, but thanks to the affordable living costs and the international study programs at Trakia University, the city welcomes more and more foreigners every year. October 5th is the official holiday of Stara Zagora and is celebrated with many events and activities for people of all ages.

The location of the city is excellent – it is in the centre of Bulgaria, so there are three international airports nearby:

Regular bus and train lines connect Stara Zagora to these three cities, so travelling to and from Stara Zagora is very convenient.

Stara Zagora is a safe city – students love to spend their free time outside during the day and in the evenings, too. There are many outdoor sports facilities and parks. Enjoying a boat ride at Zagorka lake or a picnic at Ayazmo park with your friends is simply a must!

The city itself also has many sightseeing spots and places to go to after work or university. Some of them include the Regional Museum of History, the Neolithic Dwellings Museum, the Antique Forum, the Samara flag monument, the Museum of Religions, the main pedestrian street, the zoo, the Art Gallery as well as Zagorka park.

Video of the week 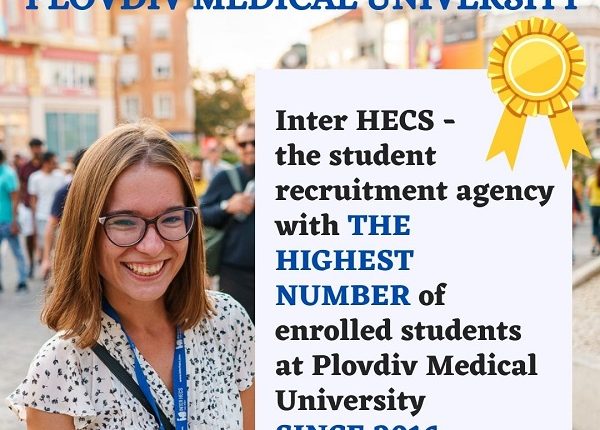 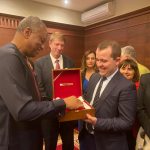 The team of Inter HECS attends a prestigious event in Bulgaria 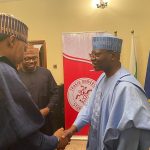 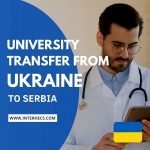 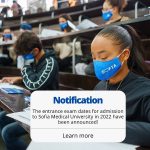